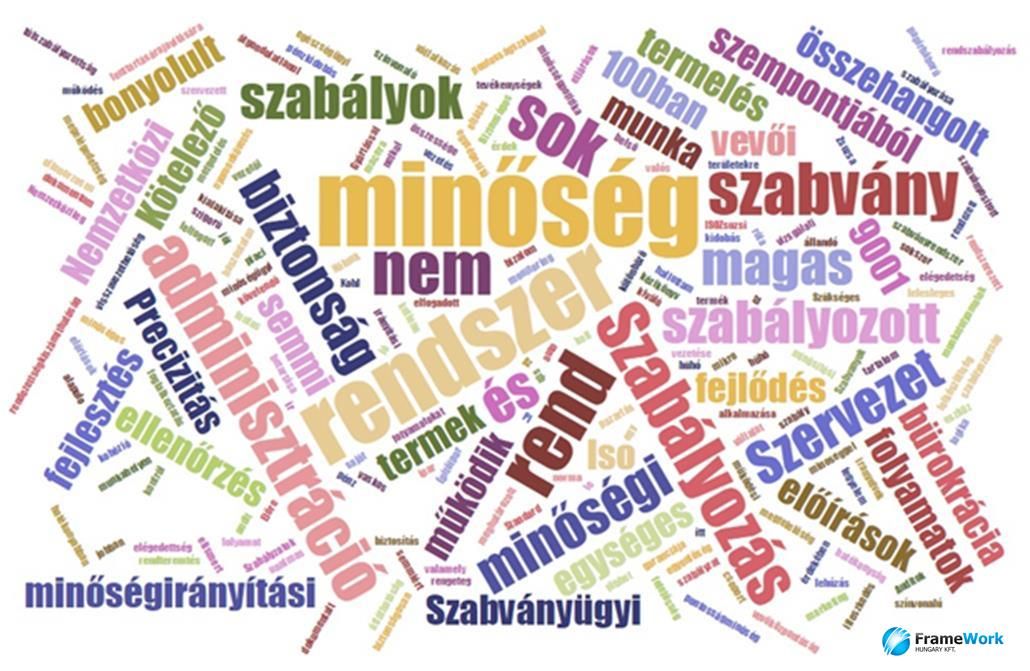 Framework Hungary Ltd. has recently made a survey aimed to understand the general perception about quality standards and development. The given responses reflect that the opinion on management systems are dual: according to one of the sides, management systems are regulated, positive and capable of evolving structure, but there are some who think that these systems are over-complicated and they complain about the tons of unnecessary administration. What explains this dichotomy in the background?
Based on a survey made by FrameWork Hungary Kft.
Publisher: Piacesprofit.hu

In 2008 when economic crisis unleashed, the significant part of companies did not last longer claim the already purchased ISO certification: there is such certificatory company where the 60% of customer base gave back their certification. It is explained that in more cases the company do not experience the advantages  and expedience of  the management system, whose reason is obviously the not appropriate performance and operation.

Most are satisfied
The  30% of responders for survey were medic, more than 50% were professional from financial, trading, production fields. Mostly defined the quality control as a positive, controlled system, which includes clear regulations on coordinated completion of processes, reduces expenditures, makes transparent work and organizational structure, as well as helps to achieve the economic and strategic objectives of company.

Matter is efficiency not paper 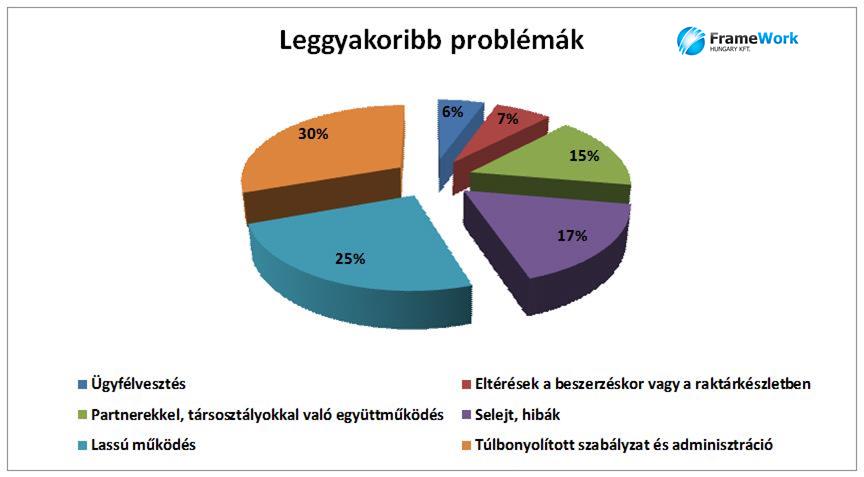 After all not everyone are satisfied: the 19% of responders declared in negative manner of ISO, from answers it turned out that the slow operation and long lasting task accomplishment, overcomplicated rules and administration, as well as appearance of recurring faults were the 3 most frequent problem what is experienced at a poorly performed and operated system. „It is an existent phenomenon, many of associates to extra administration, even though an operation according to management system can be evitable and successful. At those companies where it happened in different way, practical to think it over and redefine the badly regulated areas. – comment Zsuzsanna Kohl the lead consultant of Framework Hungary the experiences of the survey.
It is an own interest of a company that operates in pursuance with efficient management system, international quality principles, and when the time will come that official recognition and certification will be necessary, attainment of them will not cause a problem. Its reason can be correspondence for a tender’s conditions, environmental, energetics rules, reduction lawsuits of medical rights or easily to maintain competitiveness.

If established poorly the whole is just a waste of money 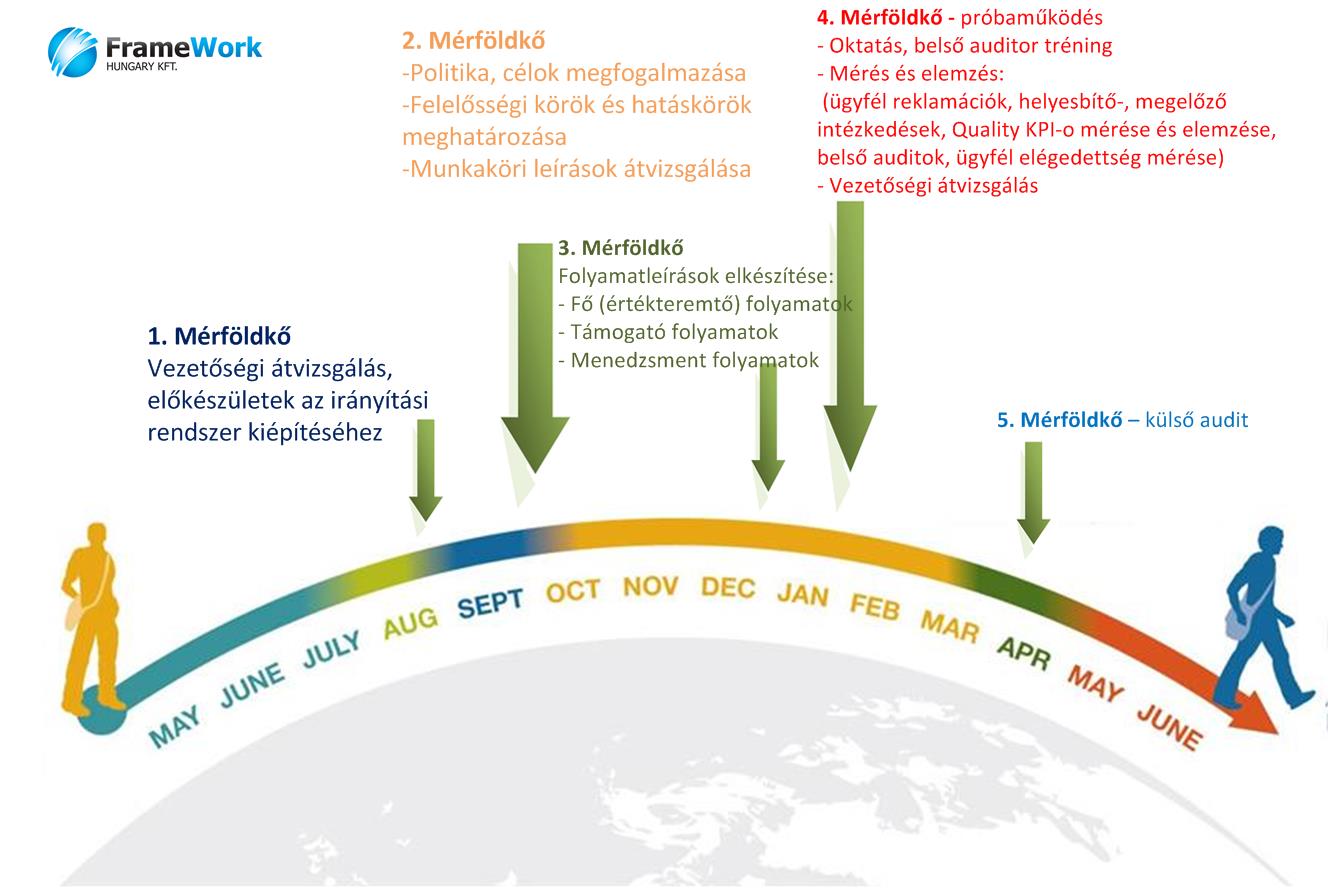 Negative experiences and the lack of effectiveness in almost all cases the fault of the estabilishment, not the model.
In pursuit of stated milestones during the quality control, including test operations, it requires proper input in time and depends on the size of the company as it can be seen on the chart. (picture below…)
The management systems which is being performed in 2 weeks no more than a quick documentary and can not provide more than the economic interest of consultant. The result is everything just not qualitative. Rapid making of documentations, poor performance, lack of commitment are result in, that company will face with those problems, why the correction of ISO standards were made.

The instant performance of ISO is counterproductive and it takes a harmful effect on the judgement of management systems: the system performance, test operation period depends on the size of the company, if we take it seriously and also want to see the results wherefore we pay for a consultant, then we have to take enough transit time, in order to the whole will be operable. Otherwise it was just waste of money. It can cause a problem that many misunderstand, integrate the regulations of standard badly and all of these lead to resultless operation. In order to experience advantages of it necessary the clear understanding of the standard.
For the target the prevention of mentioned problems Framework organizes one day trainings to learn more about standards.

An actually effective, performance according to the well functioned standards thus a time consuming task, but if we make the preparation conscientiously and consequently, then evident results will have been provided in 1-3 years.