OBLIGATORY FIGHT AGAINST THE CLIMATE CHANGE: THE HUNGARIAN LAW HAS BEEN MADE 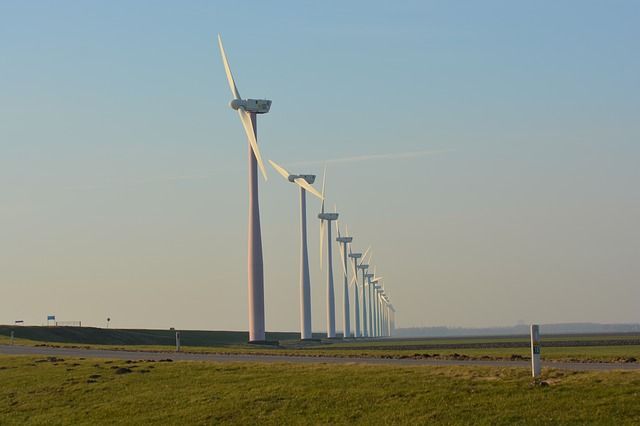 5th of June was the World Environment Day, which could not be more topical now as at the end of May the Hungarian legislation based on EU energy efficiency directive had been implemented in Hungarian law. The Directive stipulates the need to increase the EU energy efficiency in order to achieve the objective: by 2020 - compared to the expected values by then - the primary energy consumption of the EU should be reduced by 20%. Let's see how Hungary will prepare to take part in the fight against the climate change.
Author: Dániel Weszelovits
Lector: Zsuzsanna Kohl
FrameWork Hungary Kft.
Mandatory building energy modernization of public institutions

Buildings mean the 40% of European Union’s final energy consumption, so in the architecture, consultancy and engineering activity states must expand long-term strategy goes beyond 2020 to recover residential, commercial buildings, and incentive energy efficiency improving investments of building stocks. Towards investments the Hungarian Energy and Public Utility Regulatory Authority (MEKH) investigates, analyses and makes continuously assessments in aid of development. Public places buildings which usable area in excess of 500m2 (from 9th July 2015 250m2) are obliged for recovery. The enactment is not concerned to institutions are reserved for religious purposes, those historic-style buildings, which development in this direction would make unacceptable change, respectively neither to military buildings.

Mandatory energy audit or introduction of Energy management System in large companies.
Besides buildings the substantial part of energy consumption means the operation of larger companies. Here not only the building energy are important but also each processes in course of the company consumes power, gas, water, would it be a simple office activity or a complex production process. A domestic example illustrates well that the amount of energy are consumed by larger companies: an international production company that is also active in Hungary started few years ago, before 2012 its continuous environmental and energy efficiency developments. By 2012 their energy consumption was reduced by 16%, this saved power amount would be adequate for 550 general Hungarian households!
According to law all larger company are obliged to carry out an energy audit or perform energy management system according to the standard ISO 50001 and make it certified by an international certificatory. The first energy audit should be done until 5th December. Although until 31 December 2016 they will not sanction, like that company who will not comply with their liabilities after will impose a fine of 10 million HUF. This enactment is related to organizations have more than 250 employers or their yearly revenue in excess of 50 Million EUR. Partner companies as medium sized enterprises joint to the larger companies activity are not obliged only in this case if their final energy consumption do not reach the 5% of larger company’s energy consumption.

Four yearly audit or ISO 50001?
According to law quit from mandatory energy audit the organization that have ISO 50001 certification. Although basically energy audit should be kept in every fourth year, the operation according to standard is a systematically, continuous project for longer term and not sure that it would be easier solution, but more payable.
In case of operating energy management system not necessary to make an expensive audit 4 yearly, it is enough if such significant changes occur in the company which have an effect on energy consumption. Only the current certification should bring on 4 yearly.
Naturally the performance of standard ISO 50001 fundamentally includes to intake the energy baseline of company, but not only conceive principles on investments, renewings, but also helps to reduce energy consumption and expenses methodically. Naturally it is not a direction that each processes would be examined in course of performing the management system. It can be performed by focusing to a defined field of the company (scope definition, the energy management system can relate to production only), respectively the standard regulates only the adequate representativeness during the measuring status.
Who choose to make an energy audit it should make it for all buildings and it itself will not be more than a screenshot about the energy consumption of company. In turn it will only help to stop climate change respectively bring positive changes if we lead off something over the energy audit with the given results. On the other hand the standard set targets, objectives based on energy review and gives instructions for long term as a result within few years the energy consumption of the company will be reduced by 20%- told by the consultant of FrameWork Hungary Ltd. that provides introduction of energy management system. Operation according to standard ISO 50001 even better supports the aim wherefore the energy efficiency directive was made: protecting environmental resources for the future’s generations.